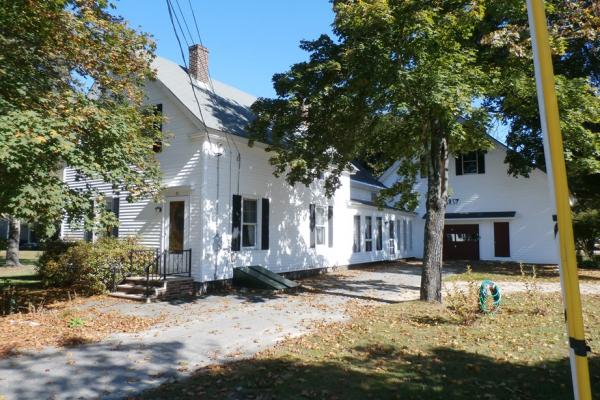 Once the home of Walter Brown  "The Shadow" Gibson.

Marilyn Weymouth Seguin included a chapter on Walter Gibson in her book Hidden History of the Sebago Lakes Region. Of this property, Seguin includes the following:

But cold weather comes early in Maine, so in the fall of 1936, Gibson and Julia purchased a house in Gray village, about five miles from the cabin. This house still stands on the corner of Shaker Road and Gray Park. When the Gibsons lived there, they became favorites of the Gray citizens, and Gibson and his son, Robert, would reportedly sometimes entertain visitors with card tricks and other magic exchanges. Audrey Burns, a member of the Gray Historical Society, grew up in a house across the street from the Gibson house. She remembers that one of the rooms in the house, the one in which Gibson stored his magic tools, was painted silver. She and some of the other children in the village were a little afraid of Gibson.