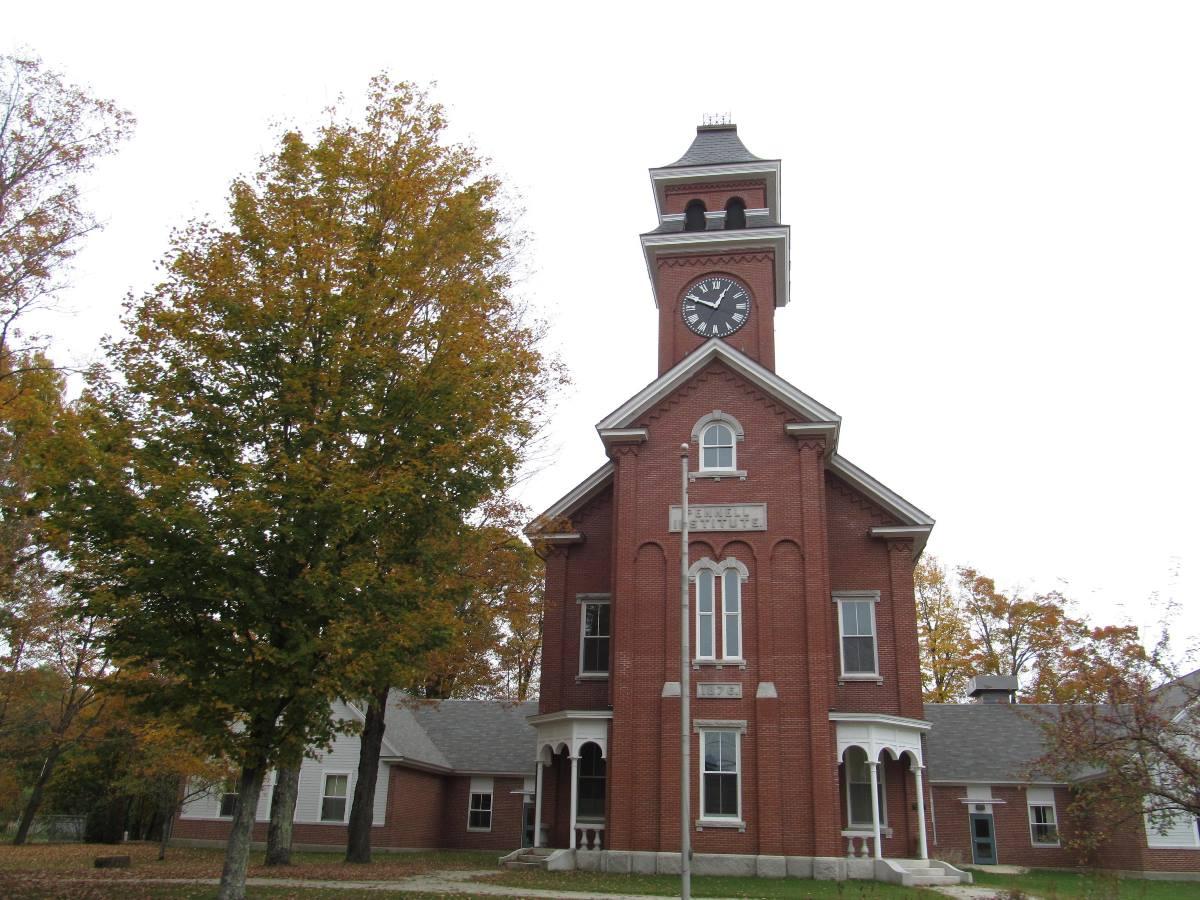 Henry Pennell (6 Jan 1803 – 8 Jun 1884) was born in Danville, ME in 1803.  He was adopted by Stephen and Rebecca (Fletcher) Pennell, who lived on Dutton Hill Road in South Gray.  He was brought up with the Pennell children and attended South Gray School.

Henry started business as a butcher, buying veal calves, dressing them, and carrying them to Portland market.  He was also a drover, buying and selling cattle and sheep.

He married Mary Susan Weston in 1832.  They had no children but adopted a niece of Mrs. Pennell, Susan A. Humprey.  Mr. Pennell was elected to the state legislature but resigned.  He enlisted during the Civil War and mustered out as a Major.  Returning to Gray, he dealt in real estate and mortgages, was sheriff of Cumberland County (1857-1858) and served in the State Senate (1872-1873).

To provide better education facilities for the town, Mr. Pennell built the main building of Pennell Institute in 1876.  He died in 1884.  In his will, he left Pennell Institute with a trust fund for its support to the Town of Gray.