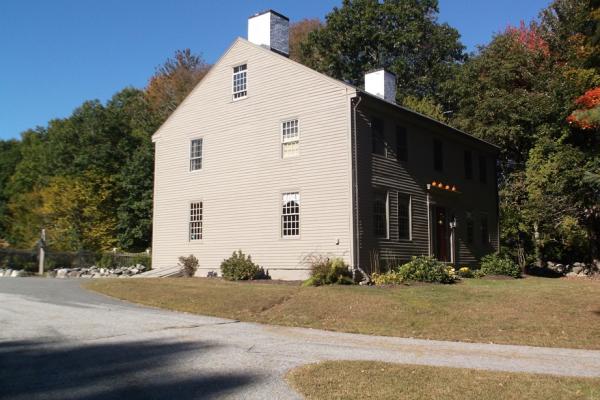 Built in the 1770s in the Federal style, this home features original Moses Eaton stencils from the early nineteenth century, although the house was actually built many years earlier. Samuel was born in 1742 in Massachusetts, and came to Gray in 1784 to pastor Gray's first church. One of his closest friends was John Adams, who later became the second President of the United States. At one point, Rev. Perley and his wife lived on one side of the house while his son, wife, and their twelve children lived on the other. Federal style, late 1700's.