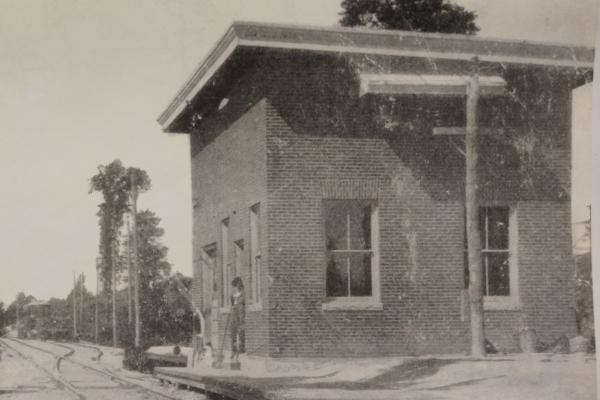 In 1870, the Maine Central Railroad began to run trains through East Gray. Railroad tables listed the station there as "Perley's (Gray)" until 1878, and indicates that the telegraph station was not opened until 1877; but, within a few years Gray Depot - with sidings, an express office, a freight shed, and a water tower - was established, and for the first time there was a better way to move people and commodities between Gray and cities to the north and south than by horse drawn vehicles over the roads.

Before the end of July, 1914, the Portland-Lewiston Interurban was running hourly passenger service through Gray Village from 7 a.m. until midnight, and freight service was started in March 1915. By this time there were fewer industries in Gray than formerly, but the superb passenger service provided by the new railroad made commuting to Portland and Lewiston practicable, and this had a marked effect on the lives of the townspeople.