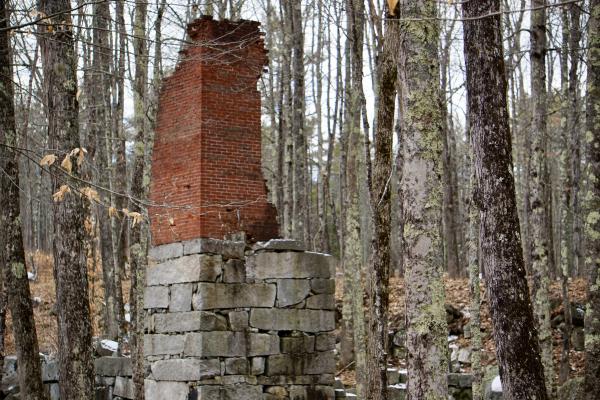 Beginning a mill in 1791 along Collyer Brook in what is now Gray, Maine, Samuel Mayall's operation became the first successful water-powered woolen mill in North America. Establishing the mills in Gray was not easy. Woolen interests in England had prohibited the production of goods in the colonies and worked diligently to prevent British wool-making technology from being put to use in competition with them. Realizing this, Mayall smuggled plans for his machinery out of England hidden in bales of cloth meant for trade with Indians. When British woolen guilds learned of his deception, they tried at least twice to kill him. Once they sent him a hat in which they had hidden pins laced with poison and another time a box with loaded pistols rigged to fire when the box was opened. Suspicious of both packages, Mayall managed to avoid the untimely death his enemies had planned for him.

Built in 1816 to expand Mayall’s production, the Upper Mill continued to produce woolen cloth until it was destroyed by fire in 1886. This photograph was taken in the 1800s when the mills were in operation. The Lower Mill appears in the right background. Despite the fire and decades of decay one corner of the Upper Mill still stands.

After Samuel Mayall died in 1831, his daughters Mary and Phanela took over the milling operation and built the Lower Mill in 1834. This building continued to produce cloth in all but a few years until 1902. This photograph shows the Lower Mill and the buildings that once surrounded it. These include the original 1791 (left) that was converted to a carpenter shop when the Upper Mill was built, the Picker House(background) where wool was picked, cleaned, and graded before being spun into yarn and the old Picker House (foreground).

Description by the State of Maine Bureau of Parks and Lands