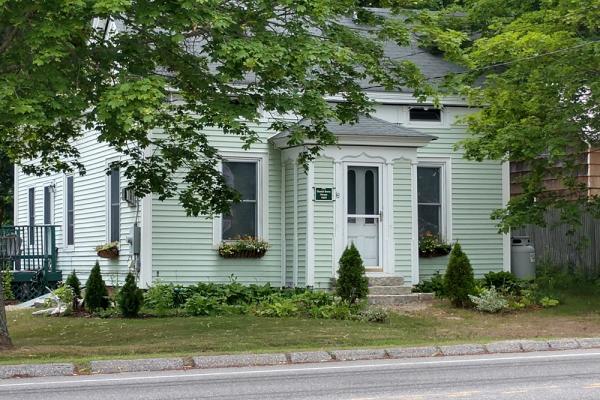 Daniel Berry was 57 when he purchased this half-acre lot on “New County Road” in 1868 from Warren H. Vinton (a noted Maine politician). He and his wife Louisa (Haskell) soon built a house and lived here until Louisa died in 1877. Daniel and his father Merrill had been wheelwrights in the center of Gray, with a shop in the western end of the old town hall. Both Berry families had lived together in a large brick house on Shaker Road (now demolished) until Merrill died.

This house does not resemble many other houses in the area: It is taller and narrower than a New England Cape, with Greek Revival features that include decorative trim around the roof line and windows and a wide horizontal space below the eaves (called the “frieze”) to allow for taller walls in the upstairs rooms. The present owner of the Daniel Berry House has identified all of the 30 people who occupied this house over the past 150-plus years and many of the events that took place right at their doorstep.