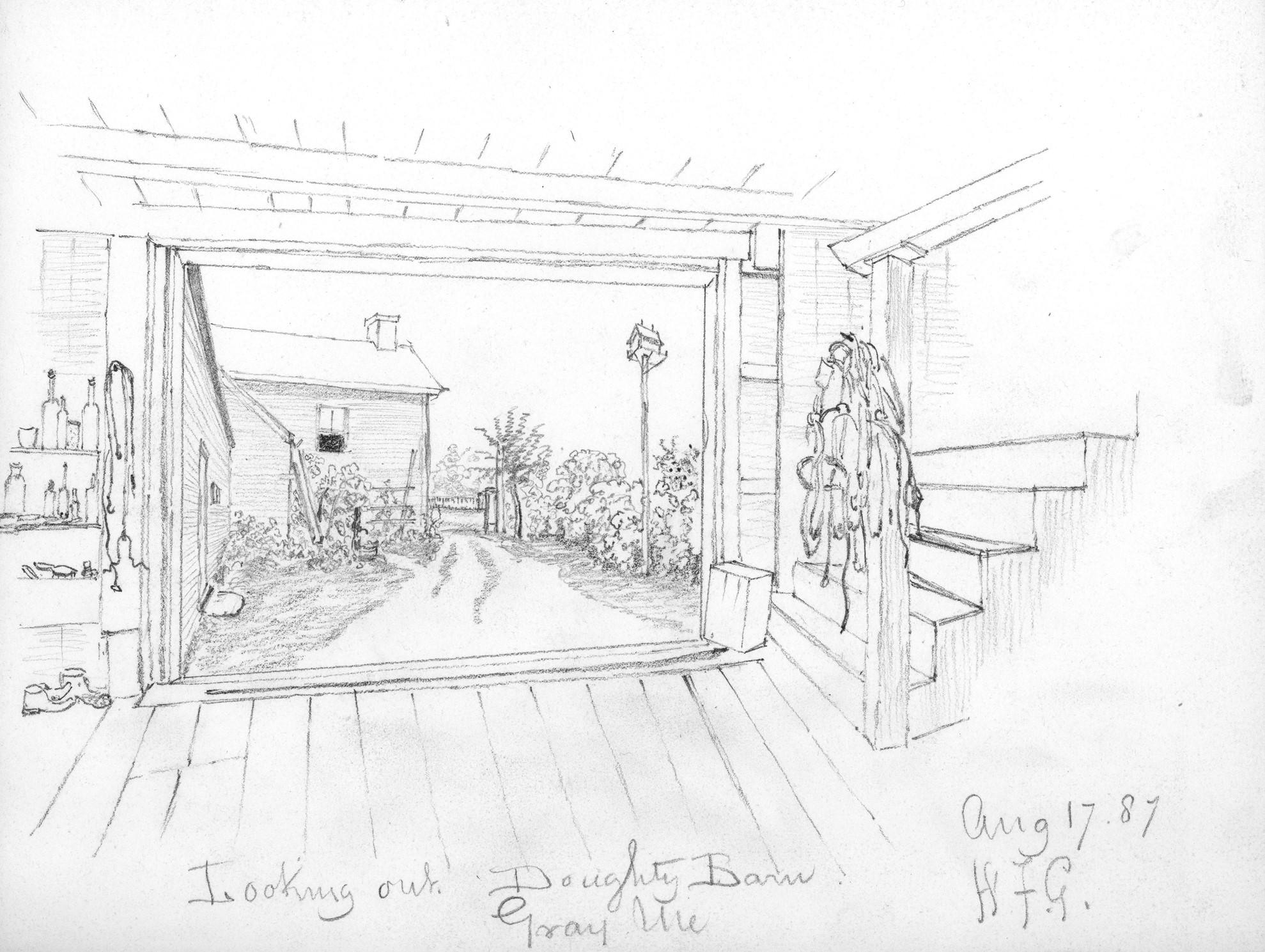 Gray was fortunate in times past to have the heart of a professional artist who worked most of his life as an illustrator for the Boston Transcript*.

Warren F. Gilbert was born on 9 June 1831 in Boston, MA, the son of Lemuel Gilbert & Louisa Levanseller. In his era, photography was relatively new and newspapers used artists’ sketches for most of their illustrations.

Gilbert was married to Miss Georgiana "Annie" Furbish on 17 January 1866 in Boston, MA. She was a daughter of Stephen & Anna W. Furbish, who occupied the Lempe House at the village. They made their home on Chandler Street, Boston MA, where he died at the age of 67 on 9 August 1898**. Georgiana died 7 February 1881. Their daughter, Annie L. Gilbert, married Elmer E. True on 27 June 1900.

Mr. Gilbert spent many summer vacations in Gray and visiting his friends here. During his visits he made sketches of Gray scenes and some twenty or so of these have been preserved thanks to Dr. Maynard Colley, who donated the originals to the Gray Historical Society in 1987. Other etchings in the collection were owned by Willard B. Sweetser of this town and were in the possession of the family.

Town of Gray Annual Report for the Year Ending December 31, 1950 included a reproduction of three of ten etchings presented to Pennell Institute by Annie Gilbert True, the daughter of artist Warren F. Gilbert. Those etchings were said to have been hung at the American Legion Post* here in Gray.

The inside cover of the report reads thus:

"The originals of the sketches appearing on the front cover of this report are from a group of ten pencil sketches drawn by Warren S. Gilbert. Mr. Gilbert married Annie Furbish, she was the daughter of Stephen Furbish. He was on the staff of the old Boston Transcript and came to Gray during his summer vacation. The sketches were made during those vacations in the period from 1864 to 1890. The reproductions were drawn by Edwin O. Nielson of Portland. The originals are hung in the Stimson Memorial Hall."

The Gilbert sketch collection covers a period from 1864 to 1889, showing the appearance of the town long before the disastrous fire which destroyed half of the village in 1921. Comparison with contemporary photographs of these same views attest to their accuracy, thus further endearing this collection to history buffs.

*The 23 May 1896 issue of the Boston Globe included an article on page 3 for the funeral of Editor, Ebenezer Nelson, who “filled positions of responsibility in the editorial department of the Boston Transcript”. The name of “Warren F. Gilbert, formerly of the Transcript” is included in the paragraph starting, “Mr. Nelson’s associates in the editorial department were present…”

***Note that an alternate source states the drawings were at the Stimson Memorial Hall. GHS volunteers are hoping to track them down to complete the digital archive of Gilbert drawings. 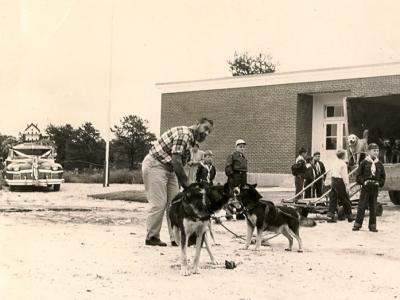 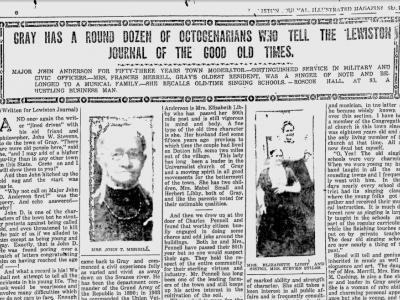